Movember is time to climb out of the man cave and into one of the Shire’s microbreweries to compare your 'mo' with your mates’ and enjoy hand crafted ales from independent brewers. The Shire is home to three microbreweries where local craftsmen share their skills and serve up beers that are seeped in community spirit and represent our home in name and taste.

Here’s where you should be in Movember:

Sunday Road Brewing
Sunday Road Brewing is a short walk from Kirrawee station, and is set back from the road along a driveway lined with glowing fairy lights. It's the perfect spot to spend an afternoon tasting the eight beers on tap including award winning craft brews Enigma and Blackwoods Ale, new-comers Sunseeker India Pale Ale and Coffee Lager.
Local Brad Walker – who grew up in the Shire and lives here with his young family – has been brewing beers since 2014 and opened Sunday Road in March 2016.
“We love being part of the Sydney beer scene,” said Brad.“We’re very proud that through winning some major awards this year we are letting the rest of Australia know that the Sutherland Shire is producing some world class beers.”

During Movember all the Sunday Road staff will be growing moes and there’ll be a competition with prizes for the best Sunday Road Moustache.
The Taproom 147 Bath Road Kirrawee is open Friday to Sunday with rotating food trucks and live music.

Shark Island Brewing Company
Shark Island Brewing Company takes its name from the reef break just off South Cronulla Point and was the first of the microbreweries to call the Shire home, opening in 2015. Owners, locals Peebs and Driza, name their rotating brews after local surf spots, with favourites like the Sandshoes Golden Ale, the Alley Texas Brown Ale and The Point Dark Ale.

Shark Island Brewing Company is open Thursday to Sunday and hosts a variety of food trucks - wings, burgers, slow cooked pork and schnitzel - every weekend.
The cellar door is at Unit 8/29-33 Waratah St Kirrawee – just down the road from Bunnings.

Hairyman Brewery
A brewery that welcomes both kids and dogs to its cellar door, Hairyman has eight beers on tap plus seasonals on rotation. The brewery is on the Woolooware Bay shared pathway – close to Shark Park and the Woolooware Bay development - and is popular with bike riders and walkers, especially at weekends when on-site food trucks sell a delicious variety of street food.

Named after The Wild Man of Botany Bay who is said to have roamed the area and was captured and sent to England in 1800s, Hairyman is the perfect spot to catch up with mates during Movember. The Brewery is at Unit 10, 12-14 Northumberland Rd, Caringbah. 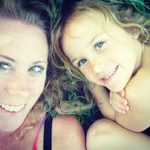 Sydney's heritage-listed Royal National Park is affectionately known to locals as the Nasho...