Six gigs to get behind

Oh the joy. Live music is back and whatever your jam, we all need to get out, have a boogie and support live music and the arts, as Carla Grossetti writes.

Byron Bay blues and roots musician Ash Grunwald is back in Cronulla to perform an early show at The Brass Monkey ahead of the release of his 11th studio album. Grunwald, currently in the midst of a national tour, is known for his gutsy way of crooning over the grooves in surfy jams such as Take the Drop, and melodies like Shake that Thing, and Trouble’s Door. The Brass Monkey has been a bastion for live music in Cronulla for more than 20 years. And, with its backdrop of thick red-velvet curtains and moody boudoir lighting, the stage is set for an intimate gig with Grunwald, whom the Cronulla crowd loves for his gritty songs about surf culture. Expect bluesy arrangements with a broad Australian accent. Hot tip: Order dinner and a show as the Mediterranean mezze served here is sensational. brassmonkey.com.au

BY THE C CRONULLA @ DON LUCAS RESERVE ON MARCH 12

Zaccaria Concerts is bookending the weekend of March 12 and 13 with two back-to-back concerts aimed at getting people back into the sunshine to listen to live music. By the C is aimed squarely at an older Double J-listening demographic with headliners like Jimmy Barnes, Mondo Rock, Jon Stevens, Diesel, Vanessa Amorosi and Ian Moss. But in addition to its roster of live music, the one-day festival will feature pop-up bars and food trucks set against a backdrop of soaring dunes and crashing seas all set to bring the Cronulla waterfront back to life. BYO reusable water bottle as festival organisers have set new sustainability standards for the live event. bythec.com.au

Pack your loud party shirt, hula hoop, glitter hot pants and pink hair paint for a full day of musical immersion at this year’s Summer Salt festival to hear iconic Australian acts such as Missy Higgins, Xavier Rudd, Birds of Tokyo, Kasey Chambers, The Waifs, The Dreggs and Tulliah. The diverse line-up will likely attract a diverse crowd of people from a range of backgrounds. Expect surfer girls with plaits like frayed fishing rope, bros of all ages who dig beer and beats and Sydneysiders who want to give back to the arts after the last few years we’ve all had. Bring an empty bottle to fill up at drinking water stations and a credit card as its cashless payments only for bars, food and merch. Gates open at noon. For more information visit summersaltmusic.com.au, and for tickets click here.

Nights out are back and to celebrate Hazelhurst Café is making up for lost time with local DJ Lizzy Lawless reflecting the optimism we all feel on a post-lockdown Friday afternoon with vocal snips and samples and big sunshiney numbers designed to get everyone dancing. The Friday Wine Down Dinners are rooted in creativity: from the purposefully spilt paint tins, to the oversized floral arrangements and fairy lights festooned in the outstretched arms of the Robina tree.

You will find nods to both blues and rock during an acoustic performance by two members of the Bones Atlas band at Croydon Lane Wine & Tapas Bar in Cronulla on April 14. Since getting together a decade ago, the band has developed a loyal following, pinballing between regular shows at The Brass Monkey Cronulla, El Sol Mexican Bar & Restaurant (RIP), Lazy Bones Lounge Marrickville and the iconic sticky-floored hang, Frankie’s Pizza. Expect some guitar heroics from lead singer Sammy Ackerman, who has a recording studio in Taren Point. Sit outside in the wine garden or bunker down in one of the banquettes inside the bar which has enough red velvet chairs to furnish a bordello and is one of the best places for a cocktail in the Shire.

ROCHELLE NATOLI @ HUXLEY’S ON MAY 5

Like any good secret, word is out. Push through the freezer door into Huxley's, behind Ugly Pizza, to find plaid-clad men with beards and trucker caps and couples on first dates in this drinking den hidden behind a heavy freezer door. The atmosphere here is warm and friendly and there’s a sense of exclusivity when acts like Rochelle Natoli hit the stage and everyone speaks in hush tones between sips of their craft beer and cocktails. The crowd here is chill and very receptive when Natoli starts singing songs like Gerrale St, dedicated to one of the hip strips in Cronulla. The Indie pop artist works with local artist and producer Luke Carra, of Caravana Sun, which incidentally returns to Bluesfest 2022 on April 14. 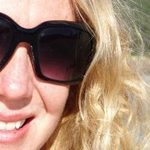 Follow the Walk The Walls trail and see how an array of street artists have beautified the streets o... 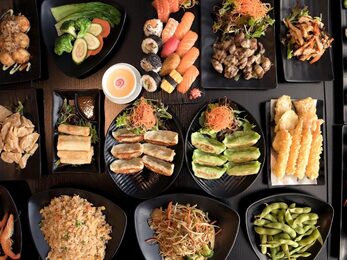 Advanced Masterclasses on Large Statement Artworks. Grab your besties, sip on bubbles and get fabulo...