HOME OF THE Cronulla-Sutherland Sharks

The Cronulla-Sutherland Sharks entered the elite New South Wales National Rugby League (NSWNRL) competition in 1967, playing their first game against the Eastern Suburbs Roosters at the Sydney Showground, Moore Park. It marked their first victory and the beginning of a Club now recognised and respected throughout the sporting world.

In 2016 the club was crowned the National Rugby League (NRL) Premiers and they celebrated their 50th Anniversary in 2017.

The Sharks possess an insatiable hunger and a resolute belief to achieve their goals while holding honesty, belief, respect, teamwork, fun and accountability at the core of all of actions. Their vision is to Change the Game.

They are the catalyst for positive social change and it is their mission to create outstanding experiences. They are more than just a football club.

Shark Park caters to a game day crowd average of 12,000, with attendance ranging between 7,000 and 20,000 over the course of the 12 NRL home games each season. Regarded as one of the best game day atmosphere’s in the NRL, The Cronulla Sharks put on a great show down at Southern Cross Group Stadium. 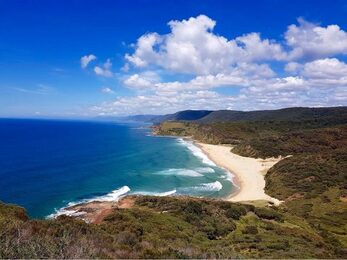