Bundeena is literally sitting pretty on the fringes of the Royal National Park. It's the sort of place where even people in a hurry seem to be in slow motion. Begin your journey to Bundeena by taking the Heritage-listed M.V. Curranulla ferry across from Cronulla to explore Bundeena's curve of beach and bushland.

Regarded as one of the jewel's in Sydney's south, Bundeena has caves, waterfalls, swimming holes and a creative community that remains inspired by a rugged landscape rendered beautiful by brute force. You can see examples of this inspiration in the tucked-away township nudging the 'Nasho' when resident artists flings open their doors for the Art Trail, on the first Sunday of every month.

Using Bundeena as your base, you can walk to Wedding Cake Rock,  the ever popular and very fragile rock formation located along the challenging Coast track in Sydney's Royal National Park (allow about an hour each way). The more adventurous can hike the full 26km to Otford (allow 2 full days for one).

In Bundeena, freedom beckons - be it a picnic at the playground, a moment's quiet contemplation as you paddle up-river in a kayak with Bundeena Kayaks or an afternoon spent enjoying having an entire swathe of beach to yourself.

What you will notice in Bundeena is that there is a real flourish of pride from the residents who lay claim to living in one of Sydney's most sought-after watery playgrounds.

The tranquil village has many quiet corners as you follow the directions of locals as they point you toward the Jibbon Aboriginal Rock Carvings one of the best preserved Aboriginal rock art sites in Sydney,  Driftwood Café where they like to go for coffee or Vinegar and Brown Paper for lunch.

During winter, you can sometimes spot whales from the cliff tops on the Coast Track, just east of Bundeena. And it's from awe-inspiring vantage points such as this that Bundeena seems the furthest you can get from Sydney while still being within its borders. Bundeena Kayak and Stand Up Paddle Board Hire Milkhouse is located at 20 Torres Street, Kurnell, Sydney. It is rated 3.4 by 6 Zomato users. Serves... 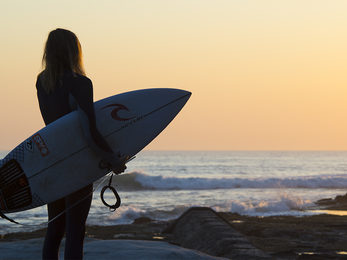 Special Notice - future market dates will be suspended until the conclusion of the COVID-19 pandemic...