Kurnell is one of the Shire's best-kept secrets. It's like the little seaside village that time forgot, with a freewheeling identity all its own. It's an especially lovely place to cycle around or enjoy a neighbourhood stroll: the leafy streets are lined with character homes that adhere to the beach chic brief and there is a pretty Esplanade path that entices you to wander along the coast.

The area overlooks Port Botany, which looms in the distance like a Jeffrey Smart artwork - where the factories, cranes, container ships and cement structures are seared red by the sunset each day.

Apart from the nostalgia of visiting a village that reminds everyone of where they went on their summer holiday - there is much natural beauty to be found at Kamay Botany Bay National Park, which is dotted with heritage sites and a wonderful whale watching station at Cape Solander. Follow the road that slices through the national park and you will occasionally find monster waves being ridden by professional surfers, whales breaching in spectacular fashion and joggers being spat out of the rugged bush.

The peninsula now known as Kurnell is where Captain Cook landed on April 29 1770 and there is an obelisk marking the spot where he and his crew are believed to have stepped ashore. A plaque also commemorates the 200th anniversary of Cook's landing on the southern shores of Botany Bay, traditionally inhabited by the Gweagal-Tharawal tribe of indigenous Australians prior to European settlement. The Burrawang walk from the Kurnell Visitor Centre tells the story of this first meeting and the indigenous connection to country.

While other parts of the Sutherland Shire might seem to be always on the go, Kurnell seems poised between the past, present and the future. It's where you will see children squealing past on their bicycles, families picnicking on the grass outside a hugely popular food truck on the northern neck of the peninsula, and a game of beach cricket perennially under way.

Be sure to explore the streets that fan out on the peninsula where you will find a few cafes and tucked-away eateries - such as the Milkhouse - which has developed a cult following for its Uruguayan-inspired Street Food Sundays.

Fisherfolk in the know also appreciate the slower pace of life here and can often be found fishing off the rocks at Kurnell Point. The best way to fall under Kurnell's spell is to to take a day trip to the sleepy seaside village and let the lure of history, nature and good food tempt you to stay. 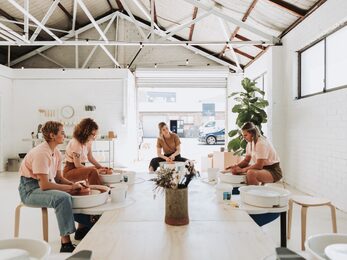